In the period from 17,08-.23,08.2019,, 1 case of measles is reported. From Strumica. During this week, 1 case in children under 1 year. According to the vaccine status, the child is unvaccinated. And is not subject to vaccination, according to the Immunization Calendar.

Due to the epidemiological criteria, a measles epidemic is ongoing on the entire territory of the Republic of North Macedonia.

From the total cases of measles, 34.7% were laboratory confirmed, 36.5% were epidemiologically related, while 28.8% are clinical measles.

According to the results obtained from the samples sent to Luxembourg’s reference measles laboratory, the B3 Dublin genotype circulates in the country, which circulating also in the neighboring countries.

The total number of immunized people aged 14 years with MRP vaccine since the start of the epidemic in the republic is 35870.

From the beginning of the epidemic to present date, in the Centers for Public Health, a total of 6189 people have been vaccinated, of which more than 60% are health workers, students and pupils in secondary medical schools, the rest are persons over 14 years of age. 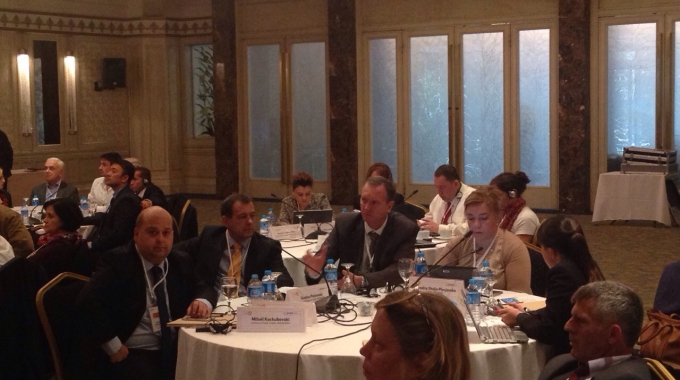 Macedonia continues to chair successfully the Steering Committee with the Regional Intersectoral Working Group on UNFPA for sexual and reproductive health in crisis situation
From October 14 to 16, 2014 in Istanbul, Turkey, was held the 3rd Forum of…
Search
ИНФОРМАЦИИ ЗА COVID-19