World TB Day is held each year on March 24th and aims to build public awareness for tuberculosis. A disease which despite being curable, remains a destructive epidemic in much of the world.

On this day, we commemorate Dr Robert Koch’s announcement in 1882 of his discovery of the TB bacillus, the cause of tuberculosis. His groundbreaking research opened the way toward diagnosing and curing this disease.

World TB Day is an opportunity for people everywhere to join this fight by helping to educate others about TB and by urging governments to take action.

10 million lives could be saved from dying in the next 5 years. 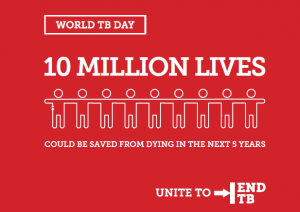 This curable disease known to humanity for thousands of years is now the top infectious disease killer on the planet, with 4,400 victims every single day. TB and HIV/AIDS are “partners in crime”, often affecting the same persons, and reducing their hope for life, especially when they have resistant forms of TB. The rate of decline of TB incidence is so slow that if the current situation continues, it will take up to 2182 to reach the World Health Organization’s End TB targets.

Today, a third of the world’s population is infected with the tubercle bacillus, ie has latent tuberculosis, which means that people have been infected with TB bacteria, but they are not (yet) suffering from the disease and they can not transmit the disease.

One of the world’s major health challenges are 9 million new TB cases and 1.5 million deaths worldwide. 3,3, million people are either not diagnosed or not treated

HIV / AIDS in the world contribute to significantly increased the number of patients with tuberculosis. HIV infection is the most known factor which allows progression to tuberculosis infection disease.

Groups of people at increased risk for infection with TB

An estimated 74,000 children worldwide die from TB every year, mostly who are poor, live in environments where there is limited access to health care and have no knowledge about the disease.

The risk of contracting TB is high among drug users (due to decreased immunity of drug use, living conditions and reduced access to health care).

The risk groups include also prisoners and patients in psychiatric hospitals

Reduced immunity increases the risk of contracting TB among people with diabetes.

Worldwide, around 1 billion people are migrants. Among them, there is also a high risk of infection with TB (fatigue, improper diet, low immunity, staying crowded in rooms).

TB is a major cause of death among people living with HIV (worldwide, there is one death in three people infected with HIV due to TB).

In September 2015, the General Assembly of the United Nations approved the so-called. Sustainable Development Goals. The third goal is: To complete TB epidemic by 2030.

Assembly of WHO in May 2014 adopted a resolution that fully supports the Global Strategy for tuberculosis. Strategy of the WHO ,, The End TB Strategy” sets a goal in 2030 to end the epidemic with tuberculosis.

The strategy focuses on early detection, treatment and prevention, so all suffering from tuberculosis to have equal access to services, but also to be involved in their care.

By 2035 strategy sets out the following objectives: 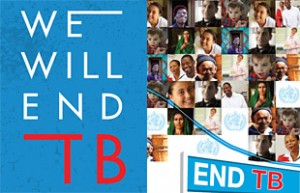 “Everyone with TB should have access to the innovative tools and services they need for rapid diagnosis, treatment and care. This is a matter of social justice, fundamental to our goal of universal health coverage. Given the prevalence of drug-resistant tuberculosis, ensuring high quality and complete care will also benefit global health security. I call for intensified global solidarity and action to ensure the success of this transformative End TB Strategy.”
Dr. Margaret Chan, Director General, World Health Organization

The objectives of the strategy

Active discovery of new cases of tuberculosis in risk groups is also very important. This activity may include the community.

Regular medications are provided for curing and preventing the development of resistant forms of TB. Therefore, it is applied the so-called- directly observed treatment, which means the direct control of the treatment and monitoring of patients with tuberculosis, and health education of patients and their families. 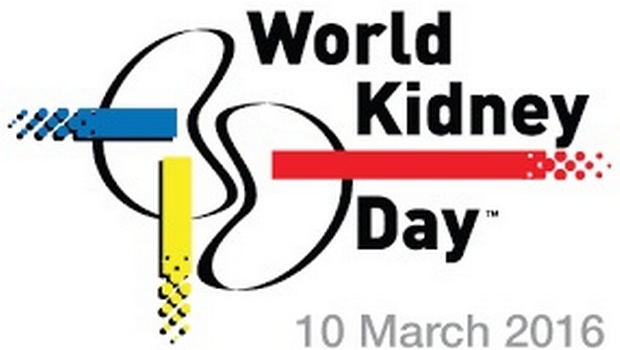 World kidney day – March 10, 2016
Theme: Kidney Disease & Children. Act Early to Prevent It! Kidney disease affects millions of…
World No Tobacco Day, 31 May 2017
Tobacco – a threat to development Every year, on 31 May, WHO and partners mark…
Search
ИНФОРМАЦИИ ЗА COVID-19