Regarding the distribution of patients by age groups, the largest number of cases this week have been reported in the age group of 15-64 years (1651 cases) and the highest incidence is registered in the age group, from 0-4 years. (I=247.9/100.000 ) 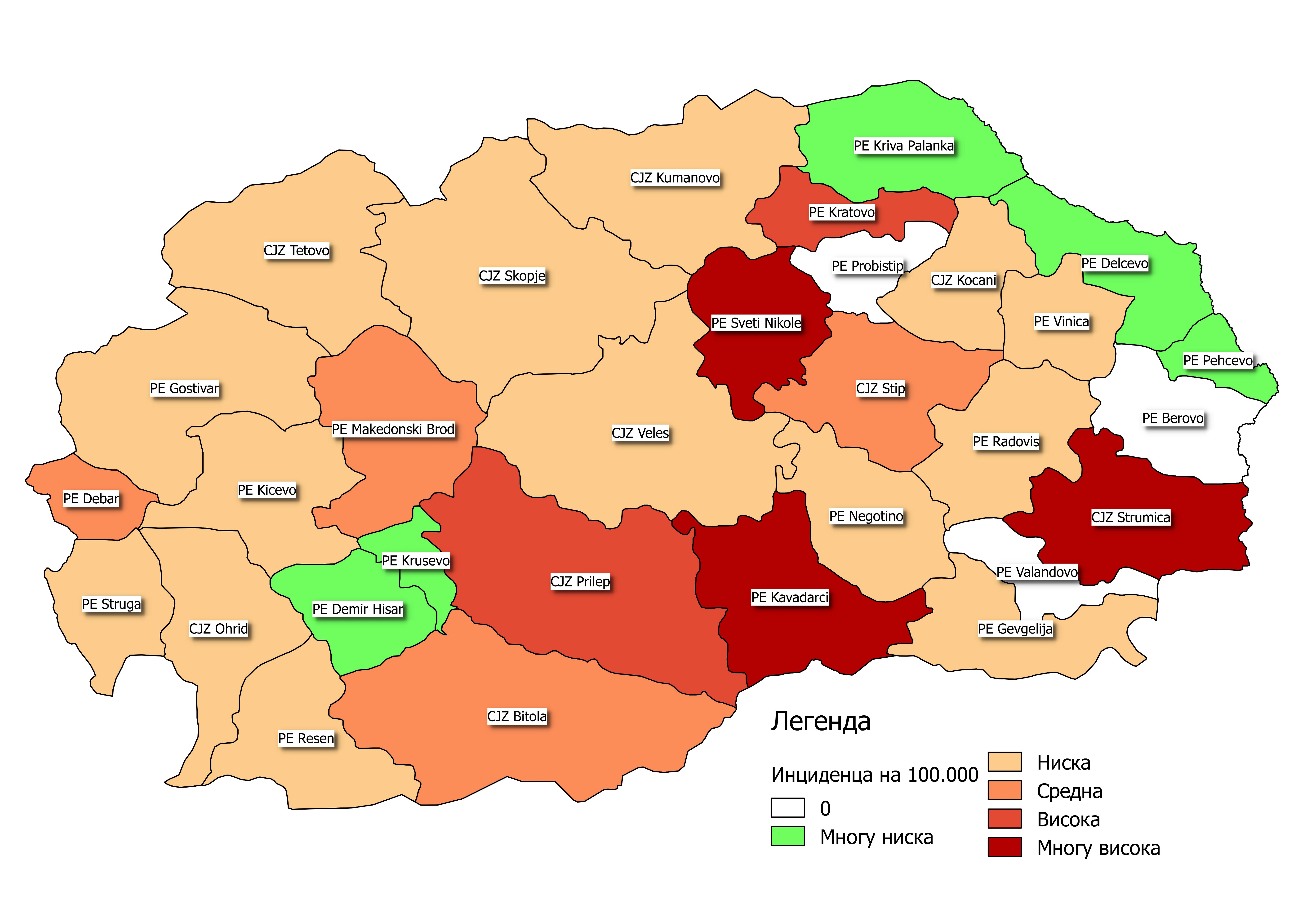 During this week the laboratory for virology of IPH has received 48 samples, materials for laboratory diagnostics. 26 samples(54.2%) are positive for the presence of influenza virus, subtyped as 83% Influenza B (90% Yamagata, 10% Victoria) and 17% Influenza A (of which 50% are A(H1N1)pdm09 and 50% are Influenza A non-subtyped (chart 2)

B / Yamagata type is dominated by the registered Influenza B viruses, but this type is not included in the trivalent vaccine for this season. Based on the data provided to EuroMOMO, mortality among older people has increased over the past weeks, especially in the countries of the southwestern part from Europe.

For the 2018-2019 season of the Northern Hemisphere WHO recommends a four-valent vaccine containing: