The incidence this week is below the weekly limit of seasonal (low) activity of the influenza virus (Chart 1).

Over the past week, there has been no registered deaths associated with influenza. This week, the virological laboratory of the IPH has received 16 influenza testing materials, all negative for the presence of influenza. 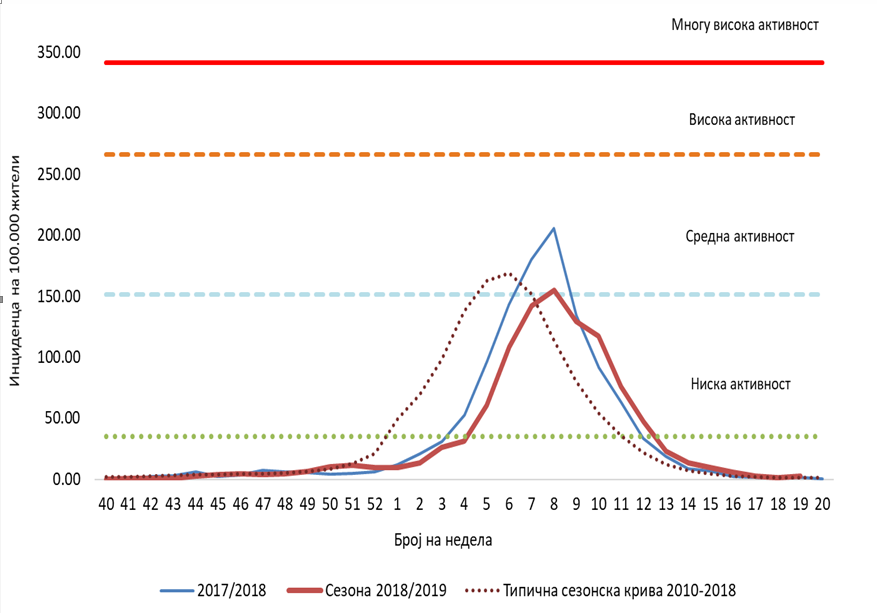 This week were reported cases from 10 reporting units. Most of the cases have been registered in Debar (n=16)and the highest incidence is registered also there, I=57.7/100 000. (chart 1). 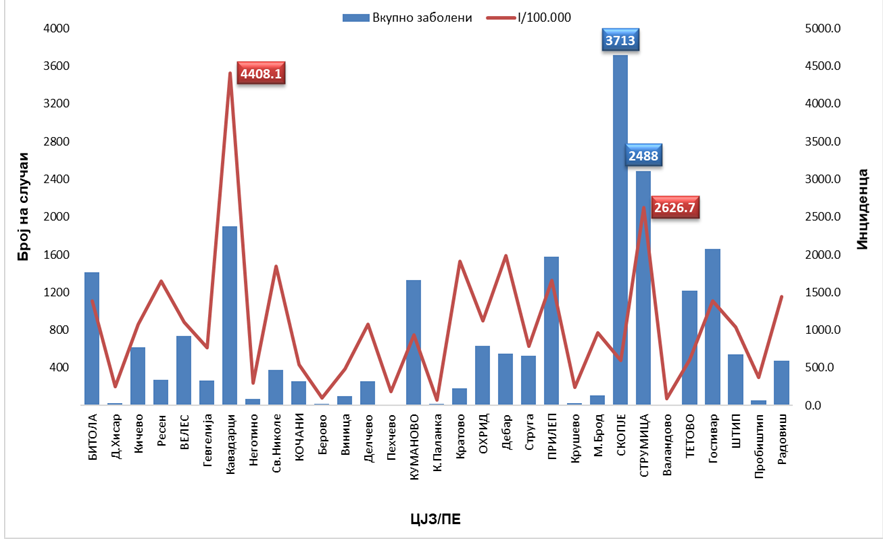 Over the season, have been registered 29 deaths associated with influenza. 13 people from Skopje.  In 21 people (72,4%), pre-chronic disease has been identified, ie co-morbidity.The age of the deceased ranges from 5 months to 86 years. 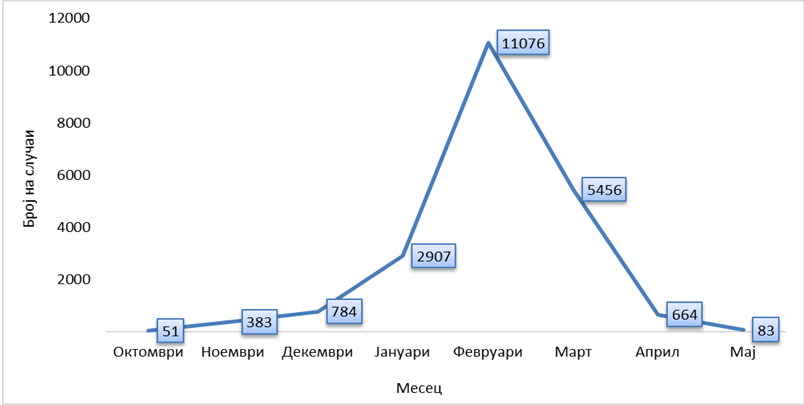 According to records presented in Flu News Europe (18th week/2019), the activity of influenza virus in Europe is the following: All countries reported a low intensity of the influenza virus.3.8% samples were confirmed as positive.(from the sentinel surveillance tests in countries reporting to the TESSy system of the ECDC).

During the 2018/2019 season, the two subtypes of influenza A circulate, with some countries registering co-circulation, while other countries report the dominance of A (H1N1) pdm09 or the A (H3N2) subtype.

From the beginning of the 40th week, over 99% of influenza A viruses detected by SARI (severe acute respiratory infection) cases were subtyped, and 79% of them were A (H1N1) pdm09.

For the 2019-2020 season of the northern hemisphere, WHO recommends a four-valent vaccine containing:

Related Posts
Invitation letter to the media – 27.05.2016
Institute of Public Health of the Republic of Macedonia hereby invites representatives…
Protection against the transmission of influenza at home
Measures for protection against the transmission of infection to another person: Accommodation of the diseased…
SITUATION WITH INFLUENZA IN MACEDONIA, season 2017/2018 (week 50, up to 17.12.2017)
During the 50th  week of 2017 ((11.12.2017 – 17.12.2017), the Republic of Macedonia registered  92  influenza…
Search
Recent Posts
Categories
Today is