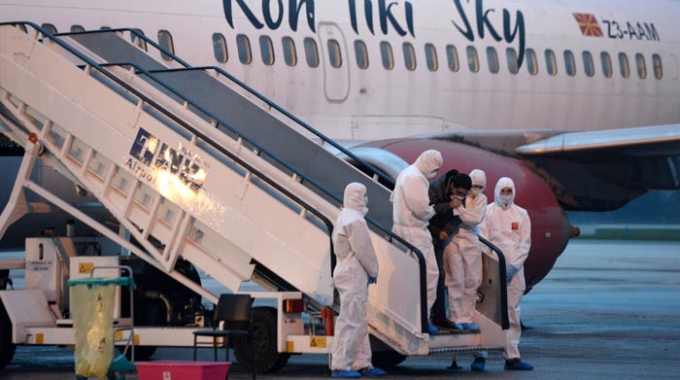 The Ministry of Health in The former Yugoslav Republic of Macedonia organized a simulation exercise on 18 November 2014.

The Ministry of Health in The former Yugoslav Republic of Macedonia recently organized a simulation exercise as part of preparation efforts to prevent, as well as manage suspected cases of Ebola.

The exercise, to test the International Health Regulations (2005) protocols for the designated point of entry ‘Skopje Airport’, took place in on 18 November 2014, based upon the scenario of a suspected case of Ebola virus disease.

It was organized as part of ongoing Ministry of Health capacity building activities in order to prepare the health system for emergencies and outbreaks, with technical support and guidance from the World Health Organization.

Aim of the Ebola simulation exercise

The main objective of the exercise was to test the coordinated response by healthcare, as well as other relevant institutions, in a public health emergency of international concern caused by biological agent. Specifically, the simulation tested the system’s preparedness for handling and responding to a suspected case of Ebola.

A series of preparatory meetings gave the participants an overview of the simulation exercise and highlighted relevant information to implement IHR protocols, organize the rapid assessment and response teams, and the responsibilities of all relevant institutions.
Coordination and communication among different partners in the preparedness and response system was tested, including specific Ebola-related preparedness activities such as using personal protective equipment (PPE), isolation and quarantine rooms, waste management etc.

The exercise proved successful, thanks to the coordinated efforts of the Institute for Public Health, the Public Health Centre in Skopje, the Crisis Management Centre, the Emergency Medical Services, Skopje Airport, the Directorate for Protection and Rescue, the Ministry of the Interior, the Red Cross, and other relevant partners. A comprehensive post-exercise analysis and evaluation is now being made to implement further improvements and identify gaps and challenges.

Ebolaemergencyexercisepublic healthsimulation
Related Posts
Report for exceeding the threshold for information on PM10 particles and recommendations
After the received announcement from the Ministry of Environment and Physical Planning on 4.12.2018, in… 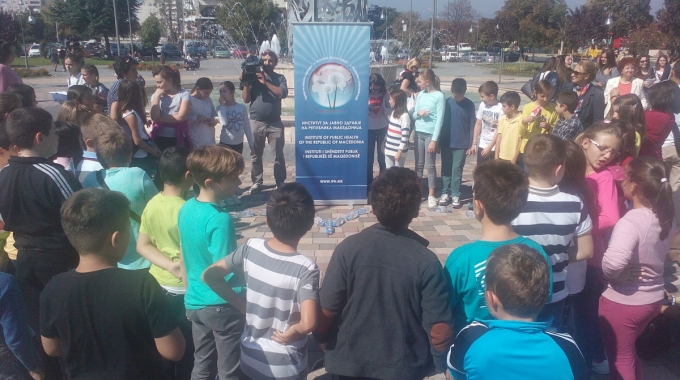